By Sameer Suri and Mark Mcgreal and George Stark and Carly Johnson For Dailymail.com

Britney Spears tweeted a new statement to her sister Jamie Lynn this Saturday afternoon as their online feud rages on.

The 40-year-old previously denounced Jamie Lynn as a 'scum person' for telling 'crazy lies' about her in her upcoming memoir called Things I Should Have Said.

In her new statement Britney struck a more conciliatory tone, repeatedly telling Jamie Lynn she loved her - but she also accused her sister of having treating her 'like nothing,' and of waiting days to respond to her phone calls while she was allegedly 'sent away four 4 months' during her conservatorship.

Jamie Lynn responded with a furious statement of her own, publicly telling her sister to discuss the matter with her 'privately' and to 'stop continuing the narrative that I haven't been there for you or that I'm making things up.' 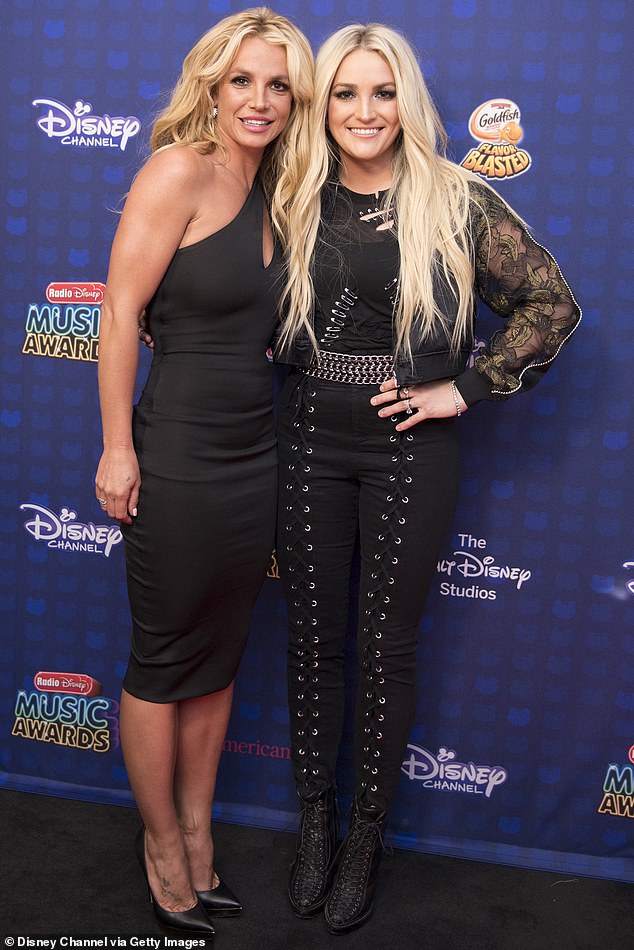 Side by side: Britney Spears tweeted a new statement to her sister Jamie Lynn this Saturday afternoon as their online feud rages on; they are pictured together in 2017

Britney's conservatorship lasted an overall 13 years, dating back to her notorious breakdown that occurred in 2007 and 2008.